Live electronics performance (2014).
Noisy Silence is an experimental live electronics performance. Noisy Silence explores the use of sounds produced by a chaotic system as the basic material for the construction of a musical discourse aimed at investigating the dialectics between silence and sound and between sound and noise. The noisy sounds produced by the chaotic dynamics generated by the numerical simulation of the mathematical model of the Chua oscillator, an electronic circuit capable of producing a wide range of chaotic behaviors, have been used as the basic material to be manipulated through common synthesis systems and digital sound processing.

Listen to the recordings of the performance.

The sounds generated by the Chua oscillator can be classified as noises from a perceptive point of view. They provide a big variety of different sound behaviors, so they are very fascinating starting materials to create manipulation and editing processes aimed at the search for unheard sounds. The sounds derived from the simulation of the chaotic system are mixed with materials that narrate, through the reading of texts, the condition of abandonment and depopulation of numerous inhabited centers in Calabria. The performance has an unspecified duration that can vary from a minimum of 10 minutes up to a maximum duration ad libitum. 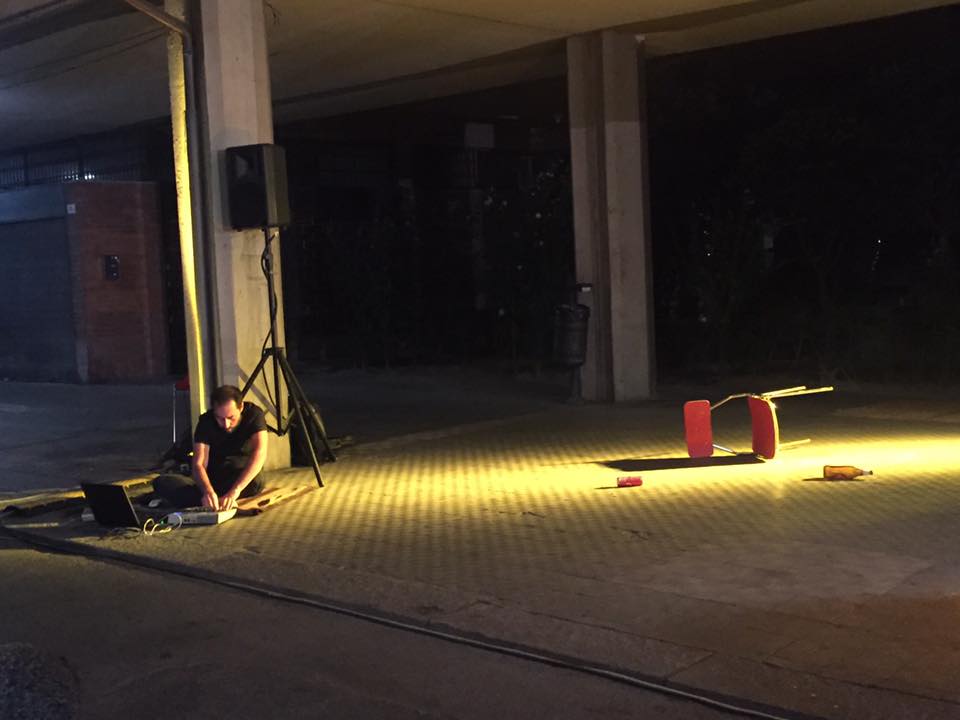 The materials used for the performance were recorded and manipulated together with the voice to create a radio drama to narrate the condition of abandonment and depopulation of numerous inhabited centers in Calabria. The "noisy silence" to which the title refers is an allusion to the condition of these places where the silence linked to abandonment and the absence of human presence is transformed in the ear of the attentive visitor into an incessant noise that tells the continuous work of Nature that transforms and manipulates the territory regardless of human action.