Antar Mouna:
The Sanskrit word mouna means 'silence', and antar means 'inner'.
Therefore the English name of this practice is 'inner silence' and it is a great sadhana designed to make the aspirant aware of the inner silence as well as the inner noise which generally prevents one from knowing the silence. [...] It can truly be said that in this practice through the awareness of inner noise you will come to know the voice of silence, the golden sound that sings of eternity.

The installation proposes a modern reinterpretation of the religious icons typical of the Byzantine tradition. The idea of a sound icon was explored through the creation of objects capable of capturing, processing and reproducing sounds. The shapes and the dimensions, as well as the decorative techniques used, refer to the tradition of ancient sacred icons. The sound materials used are of various kinds and include: human voices, sounds of natural and animal environments, musical fragments. These materials, as well as the sound picked up by the microphones, are subjected to different types of processing and transformations realized in real time by the computers. The objects, no less than three, are appropriately arranged in the environment to create an articulated and complex sound space in which each visitor can develop a personal path of listening and relating to the work.

We thank the Maestro Alessandro Carpino for the support and collaboration offered for the preparation of the work and for the realization of the decoration of wooden materials. 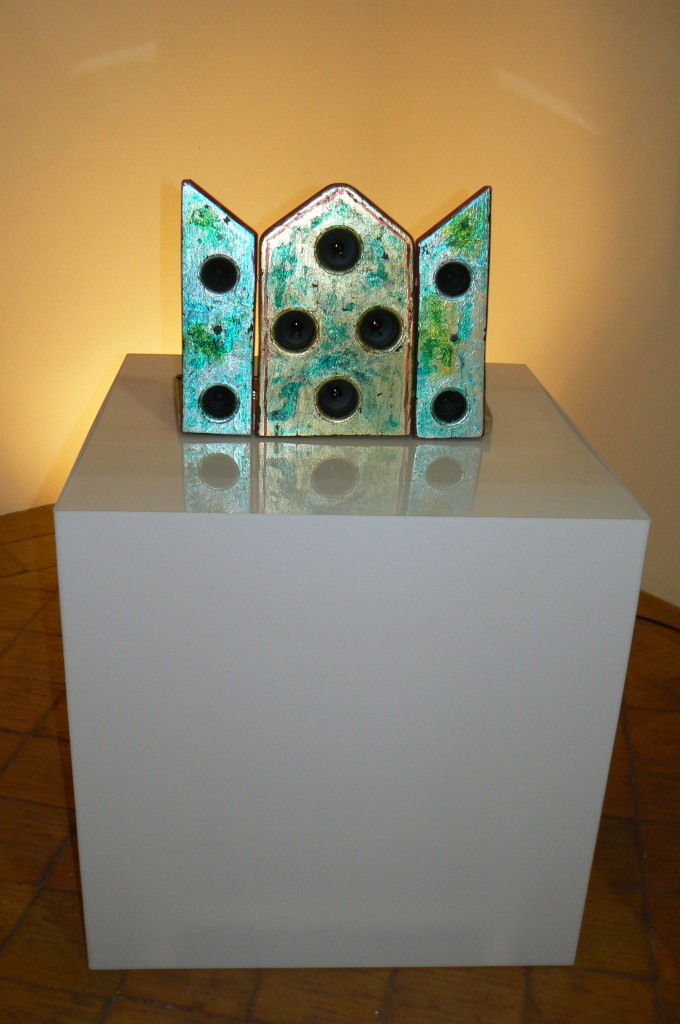 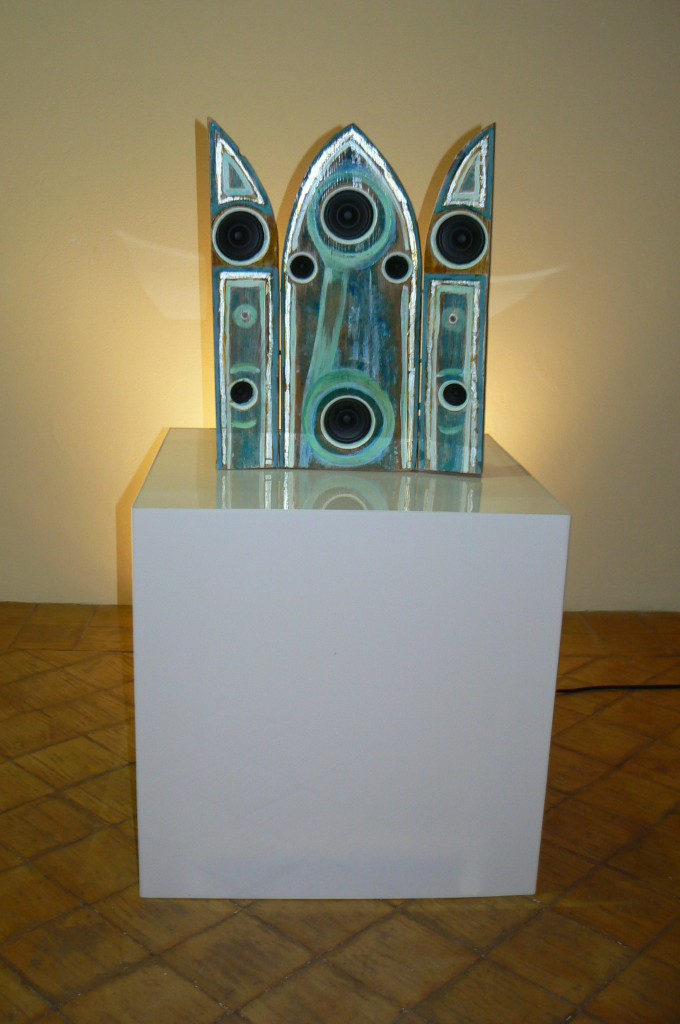 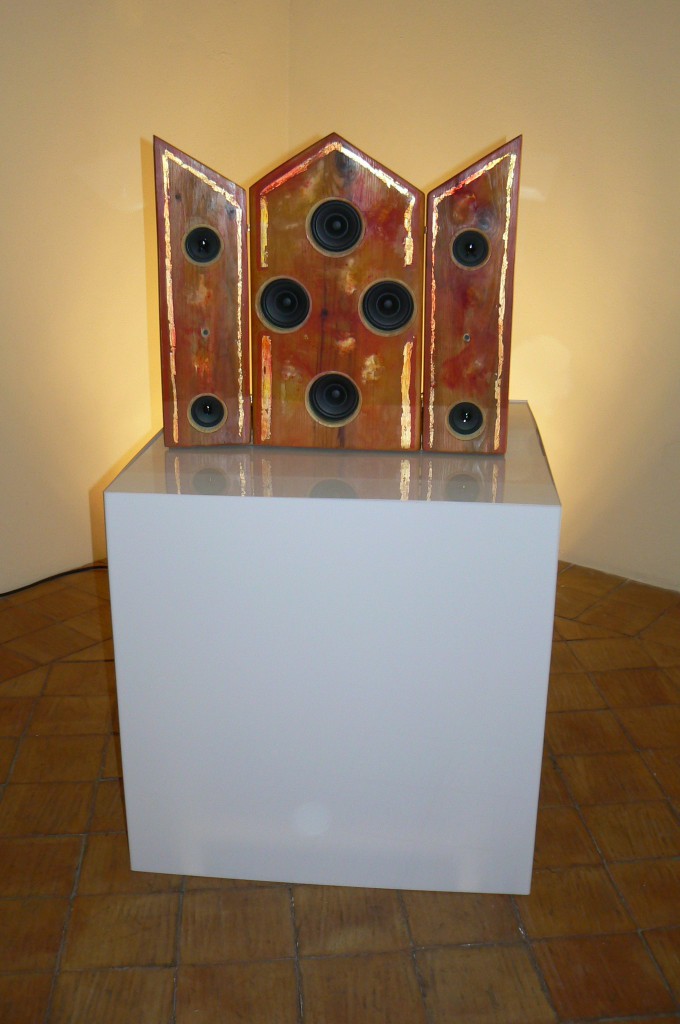 Photo of the exhibition at Galleria Nazionale, Cosenza in February 2013