The first idea of this installation arose in 2014 during the preparation with Eugenia Bossio of a Science dissemination project aimed at presenting Superstring theory to a secondary school class. Starting from the question if it is possible to use the manipulation of physical objects in order to provide students with the idea and the perception of an advanced scientific topic, we guided them to build a metaphorical representations of superstrings through the construction of a simple interactive object.

The key idea of Superstring theory related to the ultra-microscopic landscape of the universe imagined built up of a huge number of tiny filaments of vibrating energy gave us the inspiration to create an object made with thin wire and to use sounds as means to react to the actions of users. The students were very fascinated and attracted by this experience therefore, after this important test in the class, we decided to create a new object with an improved and well-finished visual aspect.

Le corde dell'Anima (The strings of Soul) is an interactive sound installation that draws its inspiration from the belief that exist a vibrational reality behind all the manifestations of the Universe. This idea typical of several ancient Eastern religious and philosophical traditions is also very similar to many models proposed by Superstring theory. In the Eastern traditions the Man himself can not escape this condition; so, sound vibrations are considered means to influence and guide the life of Human beings.

The installation shows a very simplified model of the Universe where the cube symbolize the surrounding space and the strings are physical representation of the thinner psychic dimensions of human beings. The action of visitors create sounds through an algorithmic compositions system controlled by motion sensors placed on the strings. By stimulating curiosity and the will to explore its behaviours the installation try to stimulate, inside the visitors, the need to follow the path to the understanding of mysteries related to both our outer and inner Universe.

First sketch of the project. 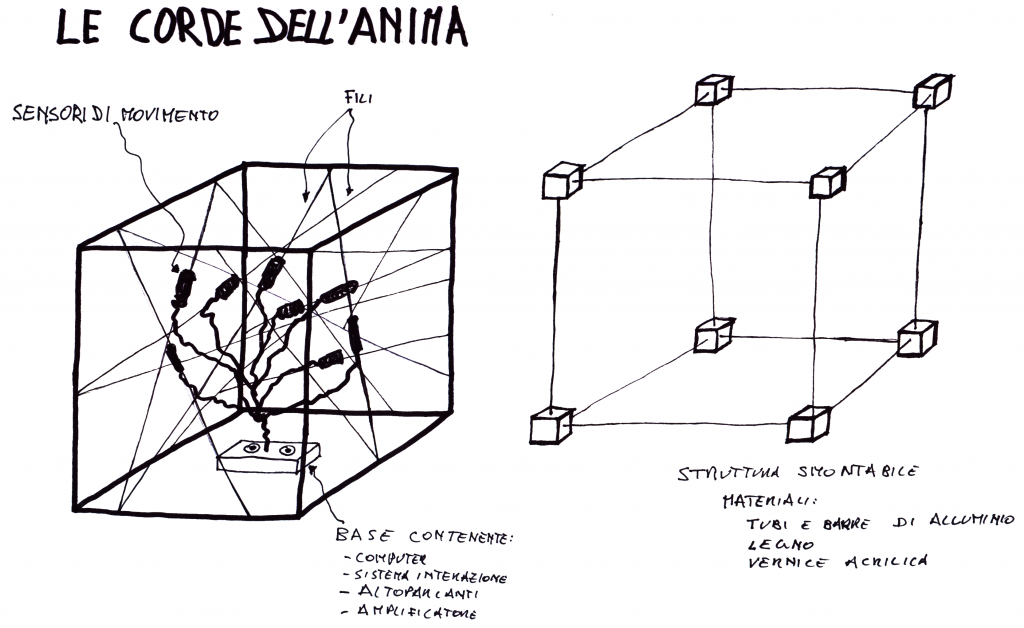 Technical drawing of the devices used in the installation. 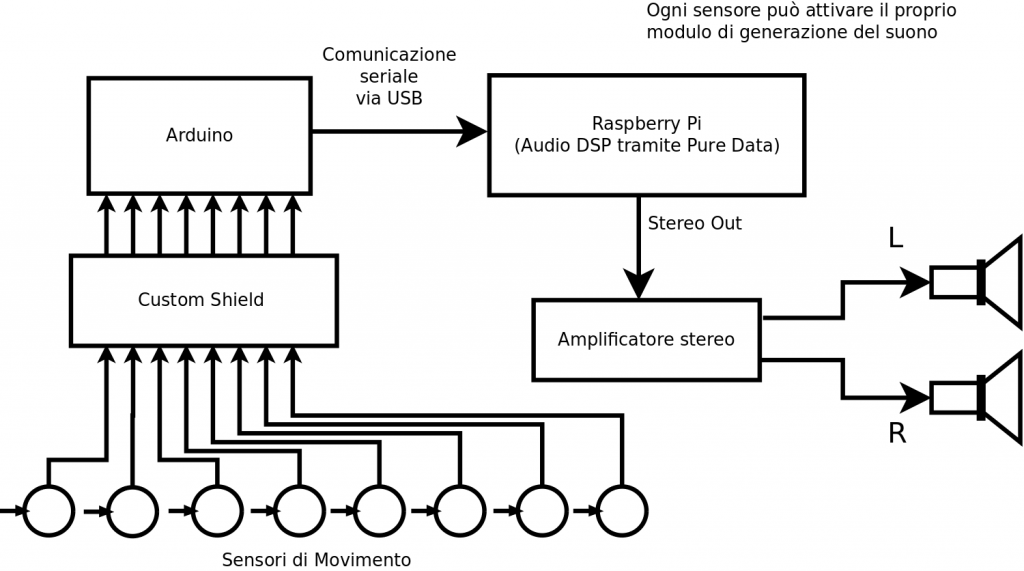 One Reply to “Le corde dell'Anima”